Brussels, 16 October 2019 – Although we are surrounded by an overwhelming abundance and variety of foods, the simple daily act of eating remains a problematic struggle. In a highly normative society, we are continuously being reminded of our poor eating habits. The animal/plant divide in dietary preconceptions seems to be an important part of the mindset, suggesting a cultural rather than a factual perspective on eating right. Whilst the Western diet is clearly causing havoc and undermining public health, even the dietary guidelines usually put a disproportionate emphasis on the need to reduce the consumption of red meat and the products derived thereof. This is remarkable, to say the least, as red meat is a valuable nutrient-dense food and a key component of our evolutionary diets. It has been consumed since the origin of our genus, sometimes in formidable amounts. By 1.5 million years ago, we became largely adapted to meat eating, both anatomically and physiologically, and could not have survived without it.

Farmers are fed up with false facts

Brussels, 10 October 2019 – Recently, we kicked off the European Meatthefacts campaign, which aims to dispel false information or myths about animal husbandry and meat. The aim is to refute, with scientific arguments and objective data, the countless accusations experienced by the livestock sector and to be able to show society the potential consequences for society if livestock production would end. 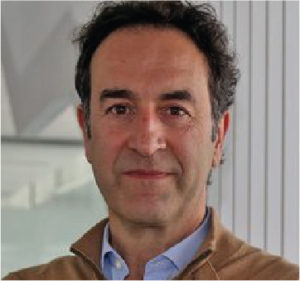 This opinion piece is authored by Ramón Armengol,
Vice President of Cogeca and Pig farmer (ES)

25 September 2019 – There has never been a shortage of polarisation in the debate over farm animals, but when the livestock production debate was connected to climate change the polarisation turned into stigmatisation.
All of a sudden a strong discourse arose directing people to feel guilty, not only for producing meat, but even for eating it, and of course demands like ‘sin taxes’ on animal products were quick to follow.

This self-penned opinion piece published on Euractiv.com gives some insight into why this wide range of sectoral associations have joined together as one European Livestock Voice to speak out against disinformation on livestock at EU level.